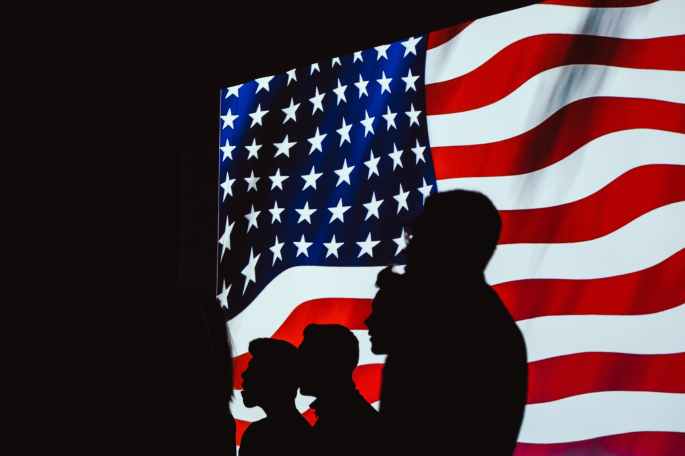 With the lowest voter turnout in twenty years in 2016, it is apparent that the people of the US have become disillusioned and apathetic towards politics. Owning undoubtedly to a sense of powerlessness and hopelessness.

Despite the best intentions of many well meaning and intelligent Americans, those at the helm of government continue to act as embarassments for the people. Often creating a caricature of the US and its people, that does not accurately represent it by any standard.

The reasons for the current administration, the state of affairs, domestic, and foreign are overwhelmingly complex and entangled. There is no simple explanation. Some may say racism, while others say distrust for government; The truth defies such one dimensional analysis.

My aim in thereby is not to provide an explanation for any of these problems. Rather, explore some notable events over the last twenty years in the United States that could have influenced and helped create the current sense of hopelessness, distrust, and politcal depression.

Disillusionment typically refers to dissapointment upon the revelation that something is not as good as it was originally perceived. So to specify this into something more tangible, we will define it as the loss of trust, and the loss of enthusiasm. It is hard to quantify these terms exactly, however we can attempt. Voter turnout, approval ratings, and politcal participation are all good indicators.

Given this fact, the following are some topical but notable events in US history that have undermined political enthusiasm and trust.

Starting with the event that would forever shape US foriegn and domestic security policy. In 2001, the world was shocked by the terrorist attacks on the twin towers in New York. The United States was reminded that it does not exist in a bubble. Thus began a period of American history with a much greater emphasis on security.

On a small scale, airports around the world will never be the same. On a large scale, the United States and many of its allies would engage in a type of warfare known as preventative warfare and became involved in foreign conflicts all over the world to prevent the rise of terrorism. This would change parts of the world forever.

In 2001 we would see the signing of No Child Left Behind, a notorious educational reform which sought to create a standardized metric of success (as decided and defined by each individual state.) This would in theory encourage schools to improve the quality of education. Among some of the theorized benefits were:

● Increases the quality of education by requiring schools to improve their performance
● Improves quality of instruction by requiring schools to implement “scientifically based research” practices in the classroom, parent involvement programs, and professional development activities for those students that are not encouraged or expected to attend college.
● Supports early literacy through the Early Reading First initiative.
● Emphasizes reading, language arts, mathematics and science achievement as “core academic subjects.”

What happened instead was widespread manipulation of test results and the reclassification of students to avoid unfavorable results in the eyes of the program. In a twist of fate, leaving many children behind, and seeing the loss of funding for schools across America. This left the general US public more discouraged in their own education system as a whole, as well as creating a generation of adults with a profound distrust and distaste for education in the US.

Still in 2001, the signing of the Patriot Act, which later would permit the NSA to create a monitoring system to spy on citizens in order to combat global terrorism.

In 2002, the US began Operation Enduring Freedom which saw widespread deployment of US troops and resources in Afghanistan, The Phillipines, The Horn of Africa, The Trans-Sahara, the Carribean and Central America, and Kyrgistan.

The Afghanistan war is sometimes known as the Forever war. To express a sentiment that the US will always be fighting there. It has been nineteen years and the war still carries on. All this contributes to what is known as “war-weariness.” Operation enduring freedom marks the beginning of the United States eventual disinterest and distaste for foreign intervention and war.

As of 2020, the estimated death toll in Afghanistan was 111,000 people. This is just the Afghan people, including soldiers, militants, and civilians. A number which weighs heavy on the people of the world. No doubt, even if an American doesnt know the number exactly, they feel it.

Continuing in 2002, another result of the war on terror, the US withdrew from the Anti-Ballistical Missile Treaty. A thirty year old treaty that restricted the signatory nations use of nuclear weapons/WOMD. A major reason for the withdrawal was to permit the United States to create a missile defense network to protect against attack from rogue states. The unintended, although arguably foreseeable consequence was the open[1] reignition of the Cold War. Evident by the fact that, after the US withdrew, Russia began growing and developing its nuclear weapons program to “counterbalance” the United States. All this opening an old wound and allowing old fear to flow again.

In 2003, the United States invaded Iraq as part of Operation Iraqi Freedom under the false pretense of chemical weapons, and weapons of mass destruction[2] . This would be an eight year long war, adding to the war-weariness already felt by the US population.

Jumping forward to 2008 the United States enters the recession, the effects of which are felt to this day. It is no mystery how economic hardship can affect the attitude and shape opinion for many years to come.

In 2013 Edward Snowden revealed that the US government and the 5 eyes[3] have been spying on its own citizens. Further engendering distrust in the government.

The list is also arbitrary. Though the point remains, each item has undeniably had its effect on the world. This is why many problems in the present defy simple explanations.

Although this oversight has been simplistic and reductive, it could help indicate why Americans feel the way they do. Why they would allow what has come to pass. Is it apathy? Is it spite? It’s hard to say. Yet the feeling on the ground is bleak. It is undeniable; there is an uncomfortable pointlessness in the air. As young men and women, we feel this pain.

Facing the coming elections, will we see the list of disappointments stretch into the foreseeable future?

Notes:
1 It is believed that Russia had been developing destabilizing weapons for close to a decade, in violation of the treaty.
2 The United States did not invade Iraq for oil. This is a populous myth. Politcal theorists believe that the motivation for its invasion was a mixture of overthrowing the tyrannical and barbarous rule of Hussein, and installing a US friendly democracy in the middle east.
3 The five eyes is an intelligence alliance comprising Australia, Canada, New Zealand, the United Kingdom and the United States.